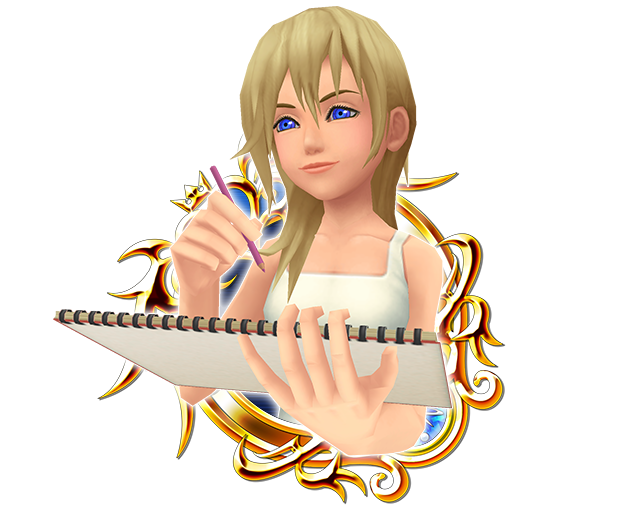 Best of all, you are guaranteed to get KH II Naminé pre-strengthened to 3 Special Attack Dots within 5 draws from this KH II Naminé Deal!
But act fast, this Medal can only be obtained for a limited period of time.
In other words, you won't be able to obtain KH II Naminé outside of this Deal until we announce that she is available again!

This Tier 7 Medal's Special Attack enables it to copy the Special Attack of the Medal directly after it!
Need some extra healing or buffs? Want to unleash another powerful attack?
KH II Naminé is the Medal for you!

You also have a chance of getting a Boosted version of these Medals!
・Boosted KH II Naminé: 2,000 more base Strength and Defense; 4 trait slots.

NOTES:
・The boosted base Strength and Defense stat will be highlighted in yellow instead of the usual white text on the Medal details screen.
・A Boosted Medal can have its Special Attack strengthened by fusing the normal version of the same Medal onto it.
・However, make sure that you don't fuse the Boosted version onto a normal version, or else you'll lose the stat boost!
・The special Boosted stats offered in this campaign apply only to this specific campaign period. Should KH II Naminé return in a future Medal Deal, the Boosted version of her Medal may not necessarily have 2,000 more base Strength and Defense and 4 trait slots.