We apologize for any inconvenience this may have caused, and we thank you for your patience and understanding.

After chasing the Heartless out of Daybreak Town, the player finds themselves in a brand new world.

There, a new journey unfolds as the player meets up with the owner of an incredibly beautiful singing voice! 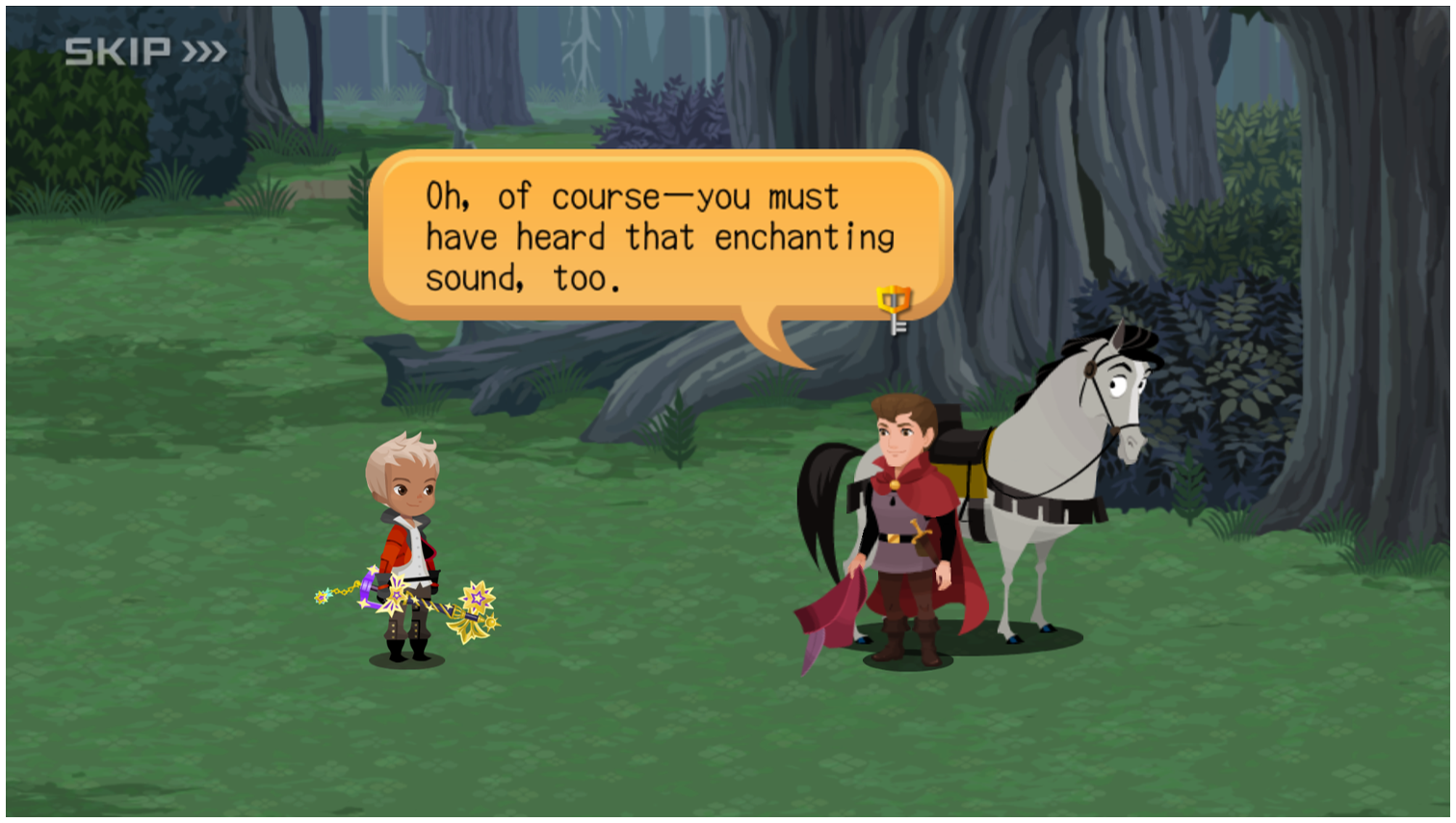 ・By progressing through the new quests, you can obtain the new Fairy Stars Keyblade!

・Use Adamantite Ore to upgrade this new Keyblade!

■About Proud Mode
・Proud Mode is a mode that allows you to re-challenge the Main Story quests at a higher difficulty with special rules.
・By clearing Proud Mode quests you can obtain new Keyblades as well as rare rewards such as Dark Matter and Electrum Ore to level up the new Keyblades, Magic Mirror Medals to raise your Special Attack Bonus by 1%, and more!
・You can challenge Proud Mode by tapping on the Proud button from the Story Quests page!

■Regarding the Special Rules
・The Keyblades you can use are fixed for each quest.
・There are limits for each quest regarding which Medal's abilities you can use.
【Examples】
Only special attacks with a bonus value of 40% or higher allowed.
Special attacks allowed only for Upright Medals.
・You cannot continue in battle.
・You cannot use Friend Medals.