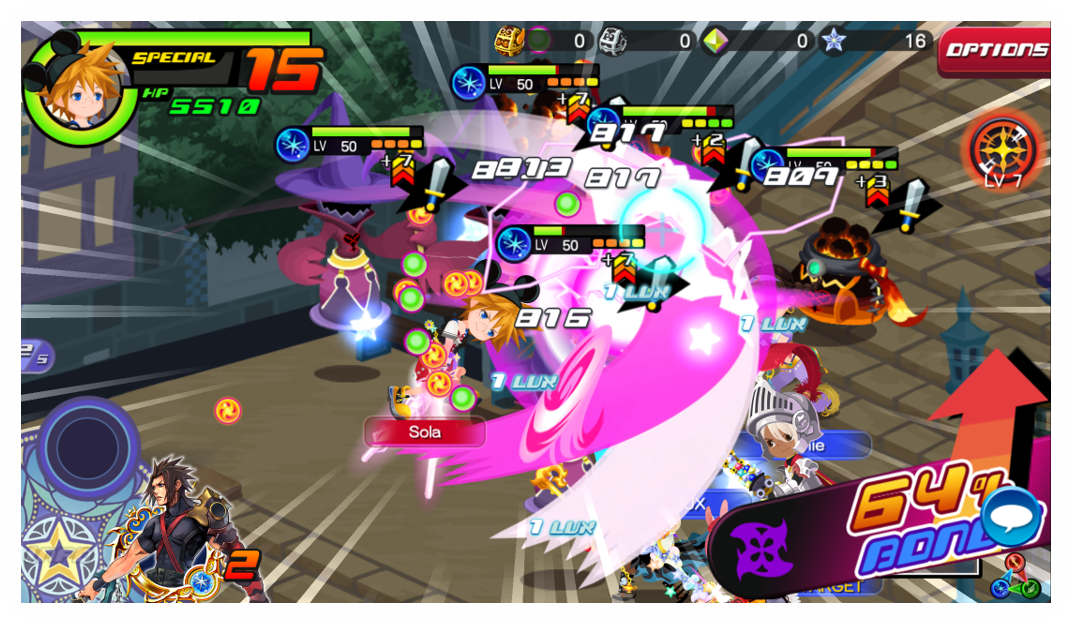 Read on to learn more about the new multiplayer "Union Cross" quests, which was implemented during the maintenance on Apr. 6, 2017.

■ What is "Union Cross"?
・Union Cross quests let you battle against the Heartless alongside other members of your Union in real-time! These quests will rotate periodically as we bring you a stream of fresh new content!
・By completing these quests you will earn "Cross Coins", which are used to unlock rewards on boards. ・The stages and objectives you will encounter are randomly decided based on the quest's theme. Work with your teammates to adapt to varying situations and tackle whatever might come your way! ・From the results screen you can choose to play again with the same players. 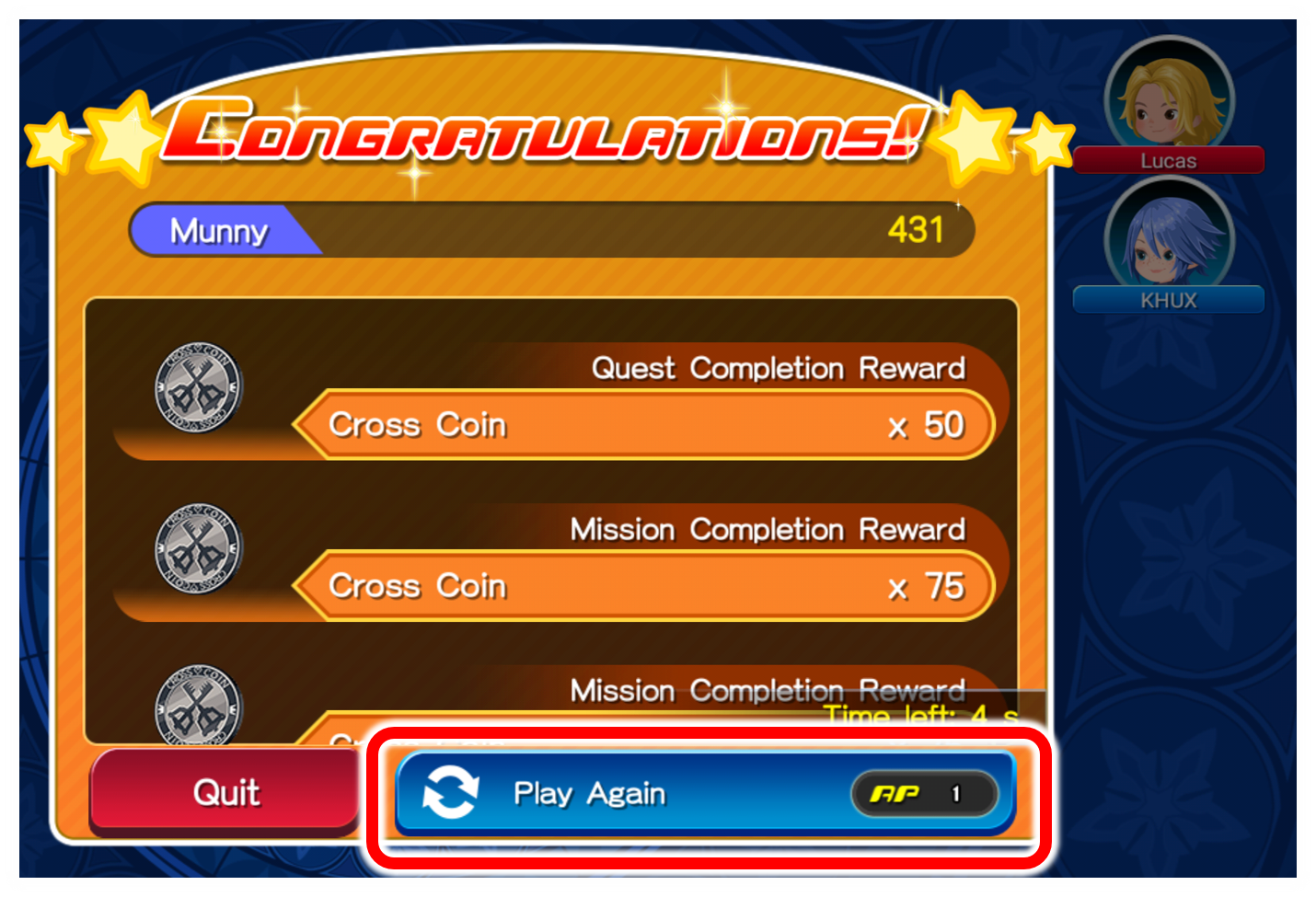 ■ About Reviving
・If your HP reaches 0 and you become incapacitated, you will see a counter and gauge appear above your head. 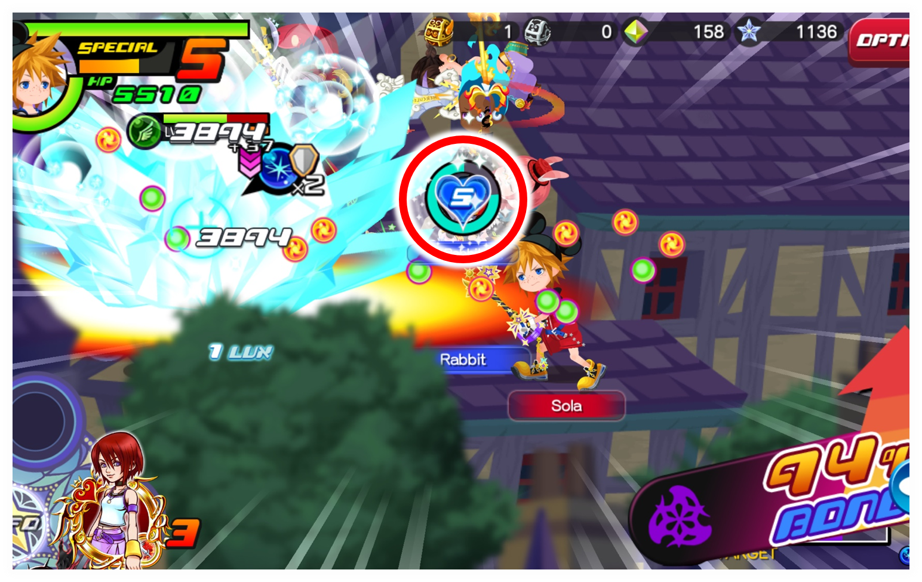 ・In order to be revived before the gauge depletes, your in-battle party members must tap on the counter until the number counts down to 0 and disappears.
・By tapping on a party member's counter, it will use up your current Medal's attack.
・Every time a player's HP reaches 0, the counter will start 1 higher than the last time that the player became incapacitated.
・If you are not revived before the gauge depletes, you can choose to either Use Jewels to Continue or Give Up.


■ About In-Quest Chat
・By tapping and holding on the speech bubble icon on the bottom right of the screen during quests, you can talk with your teammates using premade Chat Phrases. 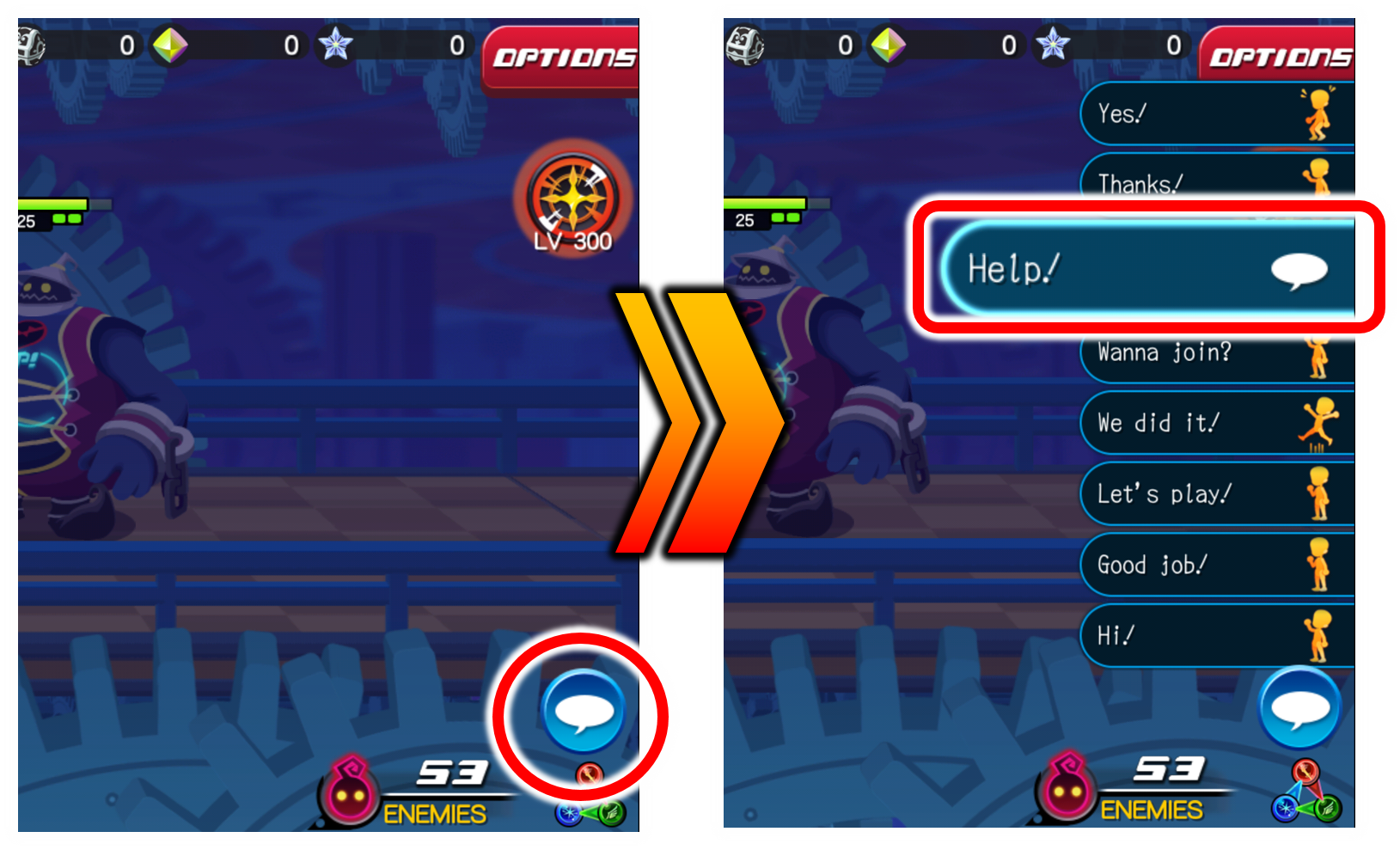 ・You can change which chat phrases you want to use by tapping on the "Chat Phrases" button from the Union Cross "Begin" screen. 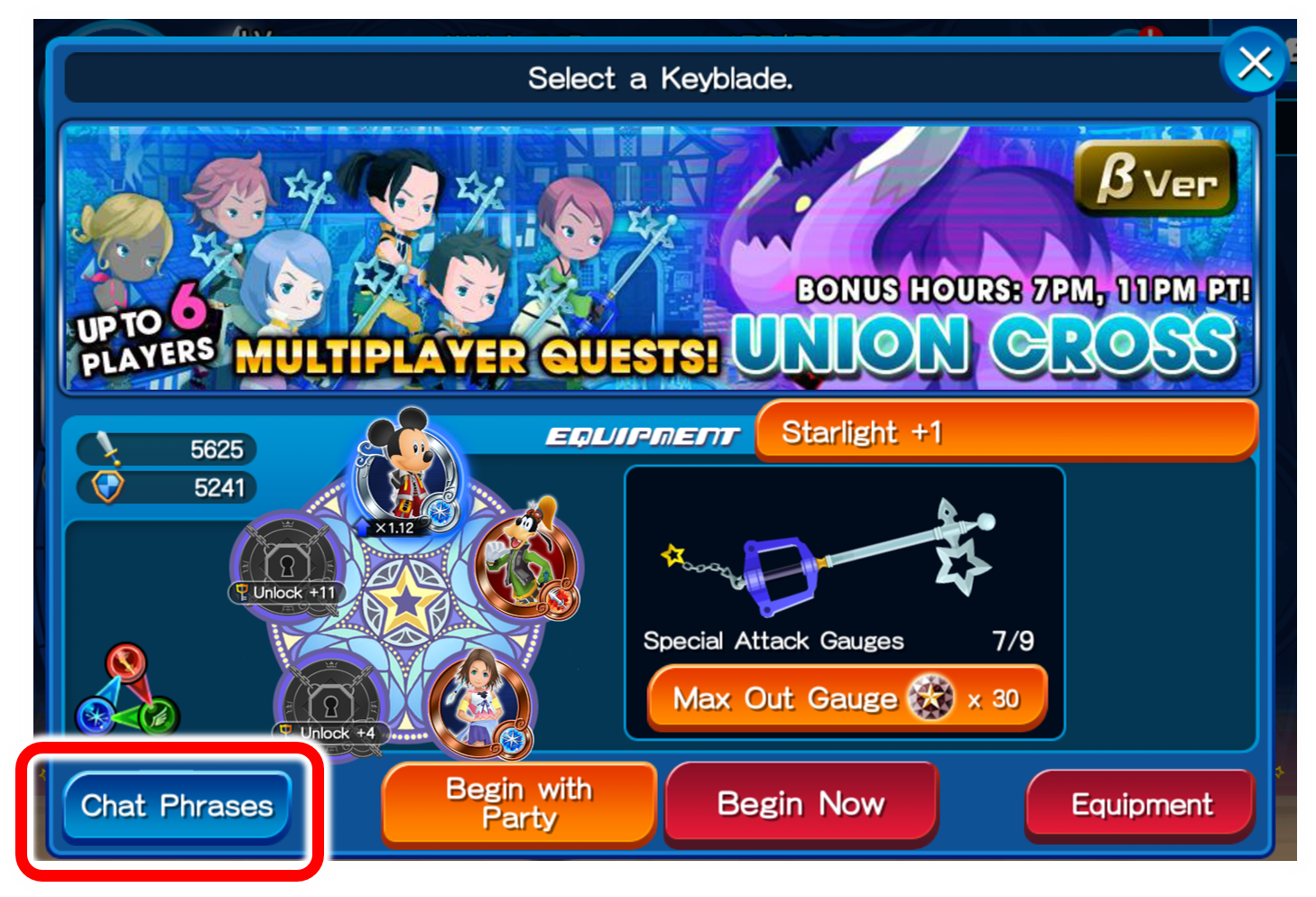 ■ Other
・If you get lost in a quest and want to find your teammates, simply tap and release the Chat Phrases button during a quest to briefly show icons indicating where your teammates are. Use this handy feature to quickly regroup with your team!
・You can see which players you've previously played with by tapping on the "Previous Members" button from the Union Cross screen. Use this to find parties to join or to recruit new party members!

※All images are from an in-development build.